The UK Environmental Audit Committee interrogated officials from key departments of the British government on Tuesday morning as part of an ongoing inquiry into Britain's fashion industry.

Witnesses were questioned on systemic concerns in British retailer supply chains such as illegally low wages for British garment workers, forced labour within UK fashion supply chains, textile waste, and minimising the environmental footprint of clothing produced within the Britain.

The fresh hearing comes after the EAC presented oral evidence on 27 November and the inquiry was first launched on 22 June, with issues such as labour rights, transparency, child and human exploitation, and compliance with the UK Supplier Ethical Data Exchange, or SEDEX were raised this time. 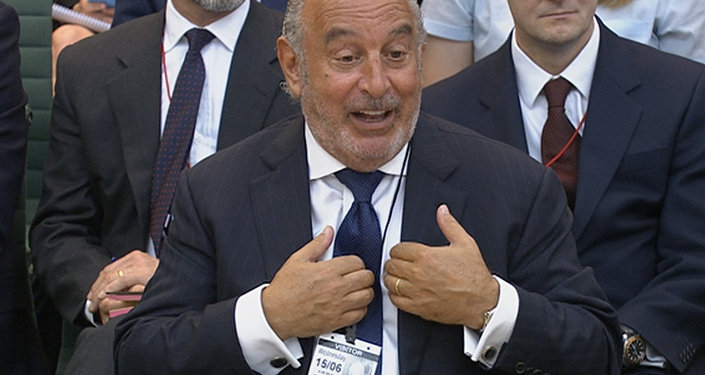 "There have been 14 prosecutions for non-payment of minimum wage since 1999," EAC chair Mary Creagh reminded. "We're not prosecuting these people and we're not hitting them in the pocket."

When asked whether the government linked fines on minimum wage non-payment to business profits, Janet Alexander of HMRC stated that her department could not prosecute without increased transparency from employers.

"The policy rests with BEIS and not HMRC on national minimum wage enforcement," she said, adding that the concern of HMRC was "the opaqueness of supply lines which make it very difficult to take enforcement action".

"We can only take action against a particular employer and often when we go to some locations, it's quite difficult to identify who the employer is, even though we're in a building with lots of people doing work," she said.

UK High Streets and Fashion Waste – By the Numbers

In addition to worker's rights and bureaucratic transparency, the EAC published written evidence from an 2016 joint study between Oxfam and M&S noting that 3.6bn items were left unworn in UK wardrobes "with UK adults regularly wearing only 44% of the clothes they own", as well as an increase in clothing donations in the last five years, with increasing 'fast fashion' trends and discounted garments to blame.

The study also found that high-street shops could "generate significant income" by selling donated clothing to "extend the product life cycle of donated garments" to avoid garments ending up in landfills. The Charity Retail Association estimated that roughly 232,000 tonnes of clothing are reused from landfills, the study said.

Oxfam's Batley-based recycling centre ‘Wastesaver' also processes around 12,000 tonnes of textiles a year and was the first national charity to do so since opening in 1974. The centre sells 30 percent of stocks to Oxfam-run social enterprise Frip Ethique in Senegal, with more than 500 small traders

What are Ethical Fashion Advocates Doing About It?

"From an ethical standpoint, the fashion industry is inherently flawed," she said. "Its entire business model is predicated on selling you an item of clothing and making sure you feel dissatisfied with it as soon as it's hanging in your closet," she said. "More is more."

She urged consumers to set the terms of consumption by saying "no to fast fashion and choose quality over quantity" as it was the only to "put the emphasis on sustainability". 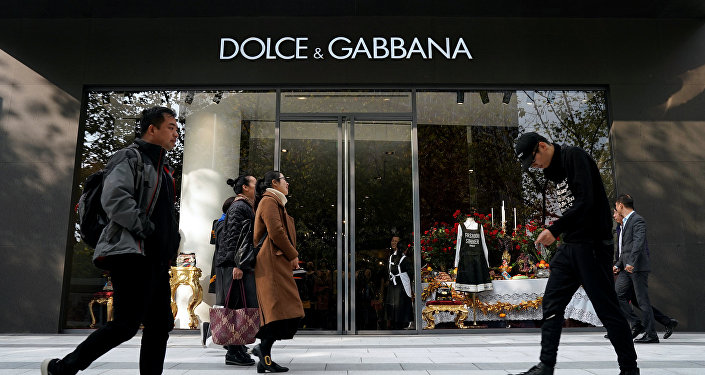 © REUTERS / ALY SONG
D&G Designer Duo Apologises Amid Uproar Over 'Sh*t Country' Rant Against China
Ms. Goroskhevich mentioned that her experiences inside the fashion industry evidenced that "dead stock", or overproduction of goods, was "a massive problem that nobody talks about."

Allriot has a "no waste policy" and produces sweatshop-free garments in limited quantities without applying discounts to sell more stock.

"On Black Friday, we educate our customers about the pitfalls of over-consumption," she said. "I believe that this is one of the most important things we're currently doing as a brand and our customers love it."

Ms. Goroskhevich said that remaining stocks at the year's end are donated to homeless shelters or compiled into "mystery packs" used for charity fundraisers, adding that the "fashion industry is one of the most polluting industries in the world" and that the "ecological and psychic fallout is just the cost of doing business."

"I think it's essential that we clean up our act. I the long-term, sustainability is going to pay off."

Fast fashion is worse for the environment than driving, according to research
September 04, 2019

Is Open-Source The New Buzzword In The Fashion & Sustainability Discourse?
September 04, 2019

We use cookies to ensure that we give you the best experience on our website. If you continue we'll assume that you are understand this. Learn more
Accept